Is the alcohol ban doing what it is supposed to?

One of the major points of concern amid the national battle against COVID-19 has been the infamous alcohol ban. For the establishments that serve and sell alcohol, to the breweries and wineries whose production became redundant, to the South Africans who could no longer enjoy a beer or glass of wine with their meals, the effect of the ban has been far-reaching.

The alcohol ban was announced as part of the measures that were introduced to curb the spread of the virus and to help reduce the need for medical attention borne out of alcohol-based trauma. After a partial limitation on the sale of alcohol that was introduced on 19 March 2020, the sale of alcohol was entirely prohibited as of 27 March 2020 with the introduction of Lockdown Level 5. With each new level and relaxation of restrictions, citizens waited with bated breath for the lifting of the alcohol ban.

Excitement flooded many homes when it was announced that the sale of alcohol would be permitted within limitations as of 1 June 2020. However, a little more than a month later, the sale of alcohol was once again prohibited, and then became permissible again a little more than a month after that once again. To say that the alcohol ban did not progress in a linear manner would be putting it lightly.

Then, as the festive season came to an end, and households began thinking about restocking the rum and brandy they had used in their eggnogs, it was announced (without warning) that the sale of alcohol would once again be banned with immediate effect as of 28 December 2020. This time around, the decision was urged on by many medical practitioners who feared the effects of unchecked alcohol consumption over the New Year, a period of time that is unfortunately synonymous with substance abuse for many. Their fear was, however, not focused primarily on the spread of the virus, as social distancing is thrown to the wind in favour of social bonding, but rather on the strain that non-COVID-19-related events, which are synonymous with alcohol consumption in South Africa, would have on the capacity of healthcare institutions at the time.

South Africa is not a country known for its responsible alcohol consumption, and as a result, alcohol-related trauma cases are some of the primary cases that require medical attention in hospitals. These incidents range from assault and motor vehicle accidents, to domestic violence. It should be clear that alcohol-related trauma incidents are something that has been a part of our society since long before the pandemic, and many may wonder why the alcohol ban is necessary if alcohol does not truly increase the risk of infection? The answer is simple: Doctors and hospitals are pushed beyond their capacity by the flood of thousands of new COVID-19 cases, with some hospitals already filled to more than 90% their capacity. They simply do not have the capacity to deal with the unnecessary trauma cases, especially if they could have been avoided.

The voices who opposed the ban were, however, not silent or few. Recently, the Transnational Alliance to Combat Illicit Trade (Tracit) conducted research that studied the effects of the alcohol ban on both social and economic spheres, also looking at the consequences it has on illicit alcohol trade. The report, titled “Prohibition, Illicit Alcohol and Lessons Learned from Lockdown”, showed a direct relationship between the diminishing sales of legal alcohol and the increase of illicit sales. The study reiterated the importance of an alcohol ban as an emergency response measure but questioned its validity at such a late stage in the pandemic with numerous other measures also in place.

Along with providing recommendations for recourse, the report emphasises the detrimental effects of the ban and highlights the impact the increase of illicit alcohol sales will have on the alcohol market and society as a whole in the future. The report also discusses the medical dangers of illicit alcohol, which include alcohol poisoning, and offers recorded examples of cases from across the world during the pandemic. While this does highlight the possibility of trauma cases that will put unnecessary pressure on hospitals, the report does fail to offer advice regarding the problem of alcohol-related trauma, only mentioning its existence once in the entirety of the document.

On 1 February 2021, President Cyril Ramaphosa announced that the alcohol ban would be lifted once more (within restrictions). But what the report and the opinions shared by the medical society did accomplish, was educating the public on matters they may have been ignorant of before. An influx of information will help the country realise why decisions are being made and keep them informed of the dangers and benefits of decisions that are being made.

If you or your business were affected by the alcohol ban, it may be best to speak directly with an adviser that can help you recover and map the way forward. 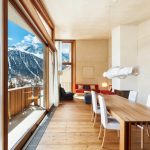 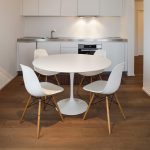 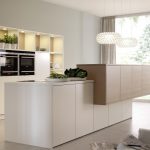 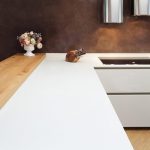 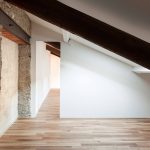 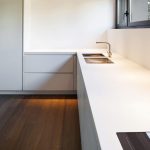